Welcome back to another VulnHub CTF write-up! Today we will be pwning SickOS 1.1 - which can be found here on VulnHub.

The VulnHub VM’s have so far been an amazing experience for me, and have provided me with a ton of new material to learn and expand on. I’ve gained a deeper insight on hacking methodologies, the Penetration Testing Execution Standard, and new vulnerabilities, as well as new attack vectors.

If this is the first time you are visiting my page (welcome!), and want to read more VulnHub write-ups, then you can follow the links below to read more about the Mr. Robot VM, and the Stapler VM!

Before we jump into this VM, I just want to point out that this VM was created to be similar to what you can experience in the OSCP labs; so I took that into consideration when pwning SickOS. I avoided using Metasploit - since the OSCP Exam states that you can’t really use it during the exam. Plus not using metasploit teaches you how to do exploitation manually. You can read more about the OSCP Exam here.

Alright, I’m eager to take down SickOS - so let’s get to it!

This CTF gives a clear analogy on how hacking strategies can be performed on a network to compromise it - and allows you to do it in a safe environment. The VM is very similar to labs faced in OSCP. The objective is to compromise the network/machine and gain administrative/root privileges on it.

As always, let’s start by using netstat to find out what computers on our network, allowing us to pinpoint the target.

Our attack target will be 192.168.1.9. Once we pinpointed our target, let’s go ahead and fingerprint the machine by running an nmap scan against it.

From the nmap scan, we can see that there is Squid HTTP Proxy configured on port 3128. So, since there is an HTTP Proxy, and Port 8080 is closed (possibly due to proxy) we can infer that there is a website being hosted on that server. Let’s go ahead and use Nikto with the proxy switch, to scan for a website and possible vulnerabilities.

Awesome, we were right! There is a website sitting behind that proxy - and, it’s vulnerable to Shellshock!

Since we always want to constantly be gathering new information on a machine/server we are compromising, let’s go ahead and set up our proxy to talk with the Squid Proxy, and then try to connect to the website. 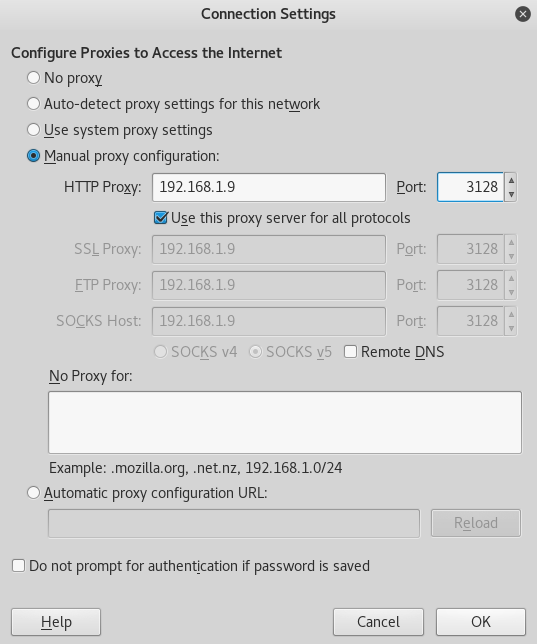 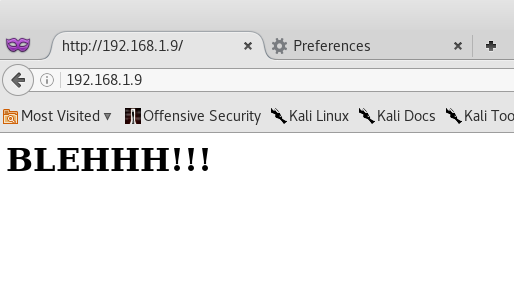 Nice! We’re able to access the website - from here I tried checking the source code for any hidden comments, but that was a no go.

So the next step was to check /robots.txt. Upon accessing the URL, we are presented with the following:

Let’s go ahead and check wolfcms… 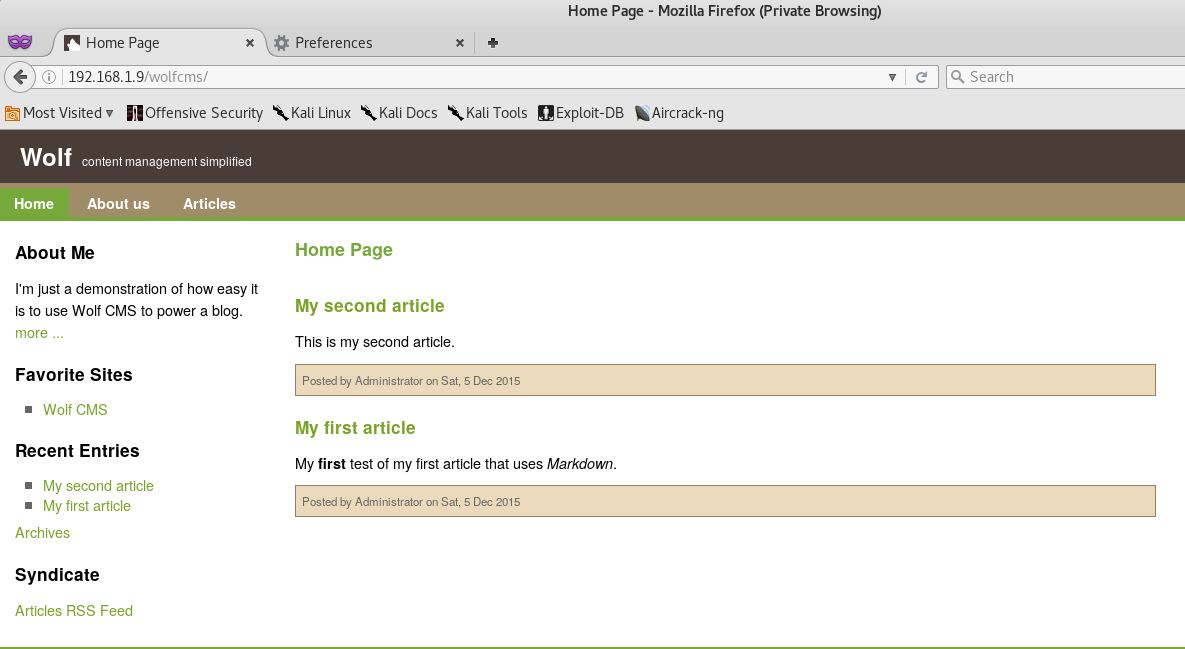 It seems that wolfcms is a blog. I thoroughly reviewed the content to see if there wasn’t anything of value. Unfortunately, there wasn’t - so I decided to take advantage of the Shellshock vulnerability and attempt a reverse tcp shell on the server.

First things first, we have to set up a netcat listener.

Now before we exploit Shellshock, we need to understand what the vulnerability is, and how it works. So let me explain before we begin exploiting it.

Shellshock - CVE-2014-6271 and CVE-2014-6278 - was a serious vulnerability found in the Bash command shell, which is commonly used in Linux distributions. The vulnerability allowed attackers to run arbitrary commands on an affected system. The most commonly affected webs server where the ones using the CGI Environment.

In general - Bash allows the exporting of shell function to other bash instances on the server. It is done by creating an environmental variable with the function definition as such…

Many services were affected by this bug. Any web server that consumed user input and added the input to the bash environment, was vulnerable. A possible exploit in the CGI Environment would look like this.

This command would create a file called new_file, which an attacker could use to their advantage. So, since we now know that cgi-bin/status is exploitable, and we know “how” to exploit it, let go ahead and do so!

We will be leveraging the cURL command for this vulnerability. This way we can send edited User-Agent header information that will be accepted by the CGI’s Bash environment.

What I did there was use the -x switch to initiate a connection using our HTTP Proxy, and then used the -H switch to include a edited User-Agent header. The code I executed was a reverse tcp bash shell. If done correctly, we should have gotten a reverse shell through netcat!

Awesome! So we have established a shell connection with SickOS. Let’s check the wolfcms folder and see if we can’t dig up any new information.

Interesting… we seem to have a PHP Configuration file. Let’s open that!

Nice! We got the SQL’s Root username and password! At this point I tried connecting to the MySQL server on local host.

Unfortunately, I wasn’t able to establish a connection - no idea why. From there I decided to go back to my shell and see if I can’t find any usernames or passwords.

The name SickOS was the first one that caught my eye. I decided to try and grab the “low hanging fruit” and try to log into the machine though SSH with the username: SickOS and the MySQL root password: john@123.

Wow, so much for password re-use! Well at least we established an SSH connection to the machine! Let’s go ahead and find out what kind of permissions SickOS has.

So, it seems that from the sudoers file SickOS has root permissions!

Let’s access root on SickOS and let’s grab the flag!

And there we have it! We got root access and pwnd SickOS!

This VM was much easier than the previous ones I did, and it provided me some good insight on how the OSCP labs are structured.

It was great learning about the Shellshock vulnerability and how to exploit it. At the same time, it really got you thinking on how secure some CGI Environments are since we see a lot of vulnerabilities spawn from there.

Overall, it was a great system and another educational night for me!

Thanks for reading, and stay tuned for more VulnHub write-ups, the NCL CTF’s, and more!